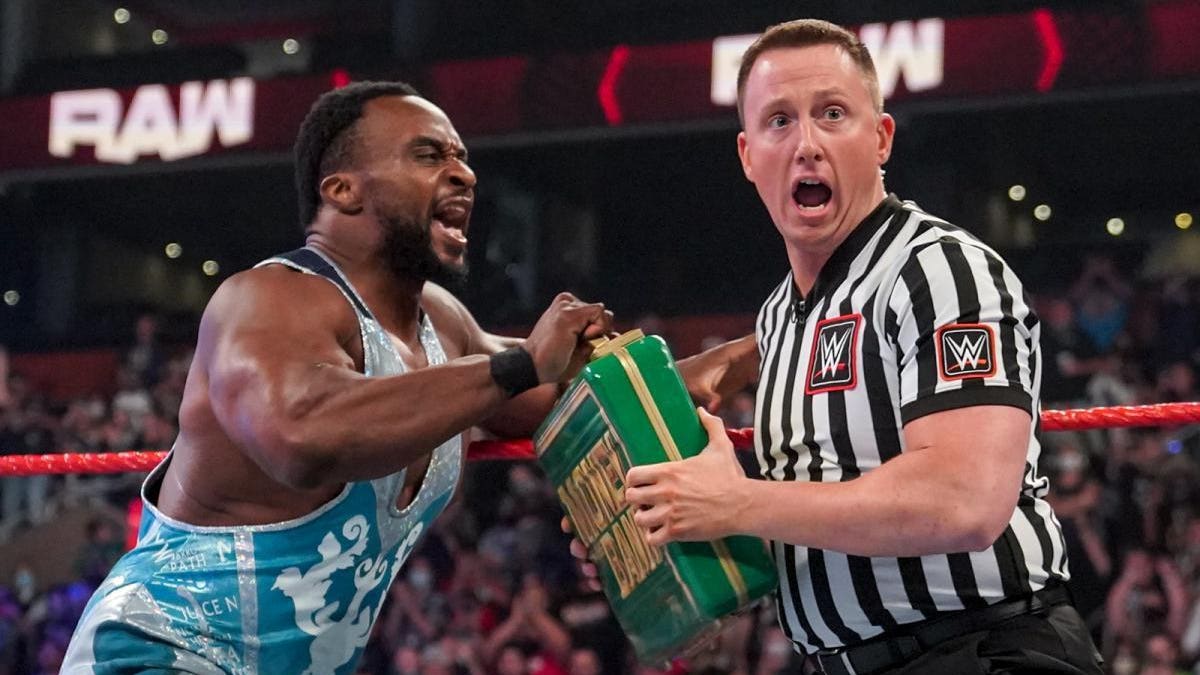 WWE Raw, which advertised a WWE Championship match between Randy Orton and Bobby Lashley in addition to a Big E cash-in, averaged 1,670,000 viewers per Brandon Thurston.

WWE Raw went head-to-head against a fantastic Monday Night Football game between the Baltimore Ravens and the Oakland Raiders. The number is down 10% from 1.849 million viewers, which was not only down 3% from the week prior, but also lost to AEW Dynamite in 18-49 viewers for the first time in history. WWE Raw’s 18-49 viewership of 556,000 was its lowest since July 5.

The dirty little secret about AEW catching up to WWE this early, however, is that it does not coincide with overall wrestling viewership getting bigger. This is far from the same dynamic as the Monday Night Wars, where a boom period for the entire industry led to tens of millions of people watching Raw and Nitro every week as both WWE and WCW saw massive growth. But in 2021, if WWE were to continue losing to AEW in 18-49 viewership at this point, that would only happen with the industry leading WWE audience (and the wrestling audience as a whole) shrinking to a point that makes WWE beatable.

Furthermore, if the industry really was exploding, the AEW Rampage freefall would not be a thing.

Raw responded to last week’s defeat accordingly with a hot, entertaining show where Big E cashed in his Money in the Bank briefcase and won his first WWE Championship. With weekly competition from Monday Night Football, AEW Dynamite’s 18-49 viewership defeating WWE Raw in the future is far from out of the question. It’ll be interesting to see how WWE Raw responds should this become a trend.

With AEW continuing to struggle in promoting black talent at top-tier level—prompting the #BlackWrestlingDraws hashtag during a recent AEW Dark match between Big Swole and Diamante—WWE continues to outclass AEW in diversity as the WWE Championship just went from one black performer to another for the first time in history.

In 2021, WWE also featured the first WrestleMania main event between two black women, in Bianca Belair and Sasha Banks, in addition to the first-ever WWE Championship match between two black men when Bobby Lashley squashed Kofi Kingston at WWE Money in the Bank. AEW continues to double down on an increasingly monolithic roster or former indie stars, many of whom made their name in WWE, to positive results. As a counter, WWE can continue to differentiate itself from the rising promotion with a more diverse roster of top stars who can appeal to different markets outside of the Internet Wrestling Community.

WWE Raw featured the continued push of Alexa Bliss, who showcased a new “Charly” doll that is being sold on WWEShop.com for $39.99. While this character hasn’t been popular with the aging male demographic that the pro wrestling industry already has a stranglehold on, it will allow WWE to market to women and children who could potentially become new fans. Last month, Andrew Zarian (h/t Sportskeeda) reported that the fate of the Alexa Bliss character would be determined by sales of her Lilly Doll during SummerSlam weekend. Bliss has since claimed the dolls sold out, and WWE rolling out a second line of dolls suggests they have indeed been a success.

Early in the day on Monday, Big E tweeted that he would be cashing in his Money in the Bank briefcase. Big E quickly became a trending topic for a show that already advertised Randy Orton vs. Bobby Lashley for the WWE Championship. With NFL Monday Night Football back and AEW breathing down WWE’s neck in the 18-49 demo, Raw went full hotshot with two WWE Championship matches and a Money in the Bank cash-in during its final segments.

Big E’s cash-in was yet another great moment in a year that has been filled with great, even legendary, television moments in pro wrestling. In a feel-good moment reminiscent of Kofi Kingston winning the WWE Championship at WrestleMania, Big E celebrated with The New Day in Kingston’s hometown of Boston, Mass. Despite the magnitude of the moment amid hotshot booking, nothing was going to stop the NFL from siphoning WWE viewers in a big way as the sports juggernaut returns to full stadiums. Though WWE’s decision was certainly a response to AEW Dynamite’s historic number last week, it’s not as rash of a decision as it looks.

Big E, a homegrown talent who has steadily risen up the ranks over the past 12 years, is a stable choice as WWE champion. WWE’s creative process will always be a volatile variable. But provided he is booked strongly and able to hold on to the title for a respectable amount of time, Big E will have no problem being established as a permanent top star.