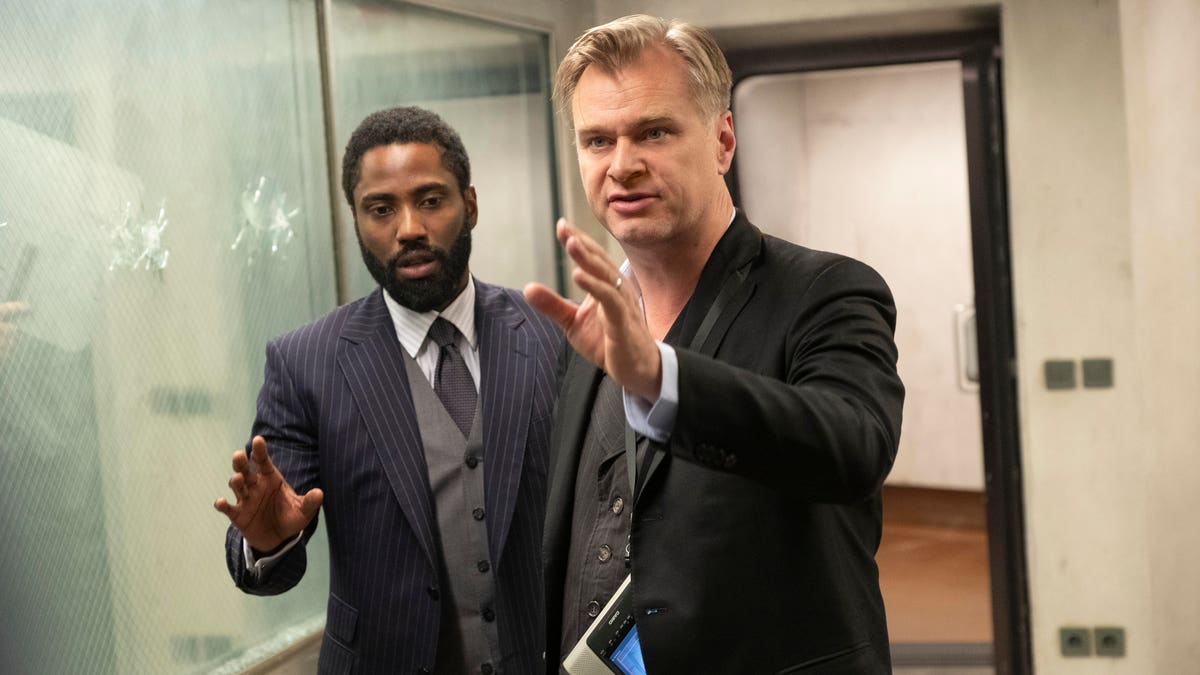 Chris Nolan’s new film, so says Deadline, will be distributed not by Warner Bros. but by Universal. It was unlikely he was going to end up with a streamer (since he knows full well that the red carpet treatment he might get with Netflix or Apple wouldn’t be applied to his peers) and among the major studios the only serious contenders were likely Warner Media, Universal and Sony. If Nolan wasn’t just going to go back to the devil he knew (with the understanding that the circumstances surrounding Tenet’s release would likely never be repeated), Universal has been a strong contender in terms of “not Disney” theatrical competition over the last several years. So, provided Nolan wasn’t going to with an indie like A24 or, I don’t know, PureFlix or The Asylum, this “bidding war” was arguably Universal’s to lose.

I’m sure Tom Rothman made the strong case for Sony as the last old-school movie studio with an old-school theatrical window. Moreover, its big first-window pay TV streaming deal with Netflix means A) they aren’t going to start a mega-bucks streaming service anytime soon and B) they have a cushion to justify making more movies like Once Upon a Time in Hollywood or Baby Driver. However, Sony did essentially lease their entire animation division to Netflix and/or Amazon (save for Chinese theatrical distribution) and sold as many if not more movies to streamers as Paramount. Paramount (which may be pivoting to streaming as a general strategy) infamously signed up to release Interstellar worldwide but then sold the overseas distribution to Warner Bros. in exchange for $50 and a pack of beer (uh, Friday the 13th and South Park movie rights).

The only caveat I’d offer for Universal, which has a strong track record of standing toe-to-toe with Disney in global box office partially by not (aside from The Mummy) trying to copy Disney’s success, is that most of its movies cost a lot less than the $200 million Warner Bros. and Syncopy spent on Tenet. This flick, possibly starring Cillian Murphy as atomic bomb scientist J. Robert Oppenheimer, will allegedly cost closer to Dunkirk ($95 million) than The Dark Knight Rises ($250 million). Save for the Fast and Furious movies, Universal has released almost no movies since 2012 (Snow White and the Huntsman and Battleship) that cost more than the $170 million spent on Jurassic World: Fallen Kingdom. Many of their brands (Illumination, Blumhouse, etc.) aren’t budget-busters. Even Jurassic World: Dominion will (probably) cost over $200 million only due to Covid-specific variables.

Now this doesn’t mean that Nolan and Warner are “never, ever, ever getting back together.” However, if I were Nolan I’d be a little pissed about the whole “Nolan is bullying WB into releasing Tenet in the middle of a pandemic” narrative that took hold last summer, which somehow ended up with the filmmaker positioned as the bad guy when he spoke out against WB’s “put all of our 2021 releases in theaters and HBO Max” deal. Studios aren’t always responsible for skewed media narratives, but it was bizarre seeing a single filmmaker speaking up for the box office-based compensation of those below him on the behind-the-scenes ladder being vilified over a giant tech company that was treating its theatrical movies as loss leaders to boost a streaming platform. Come what may, Tenet did earn a now-aspirational $366 million worldwide.

However, when you don’t see Warner Bros. and/or New Line’s non-franchise (The Good Liar), adult-skewing (Richard Jewell), original (Reminiscence) or new-to-you (The Kitchen), diverse (Blinded By the Light), inclusive (Birds of Prey) and often quite good (The Way Back) studio programmers in theaters, you can’t blame WB for not making more of those films for theaters. WB still deserves credit for giving James Wan $40 million to make a bonkers-bananas R-rated original horror flick like Malignant, just as they deserve credit for aggressively courting Jon M. Chu’s $55 million In the Heights. Ditto however much to Lana Wachowski spent for a visually-dazzling Matrix Resurrections that I’m guessing will infuriate folks merely expecting a Force Awakens-style nostalgia fest. I’m sorry the first phase of DC Films didn’t go as planned, but WB is more than Batman and Harry Potter.

All of that said, Donna Langley’s Universal is likely an excellent fit for what presumably will be a one-and-done, adult-skewing, awards-friendly historical drama. And it’s another feather in their cap positioning them as the biggest rival to the Disney empire, partially, again, by not trying to be like Disney (no superhero franchises, actually learning from failed cinematic universes, etc.). If Nolan makes Universal his new abode, then he’ll share a home with Steven Spielberg’s Amblin and The Fast Saga along with the studio that (for now) has overseas rights to the James Bond series. That could change after No Time to Die (especially with MGM being bought by Universal), but this further solidifies theatrical moviegoing as we know it as a three-studio competition (WB, Disney and Universal) with everyone else (Sony, Paramount, Lionsgate, etc.) fighting for fourth place amid a rapidly changing ecosystem.