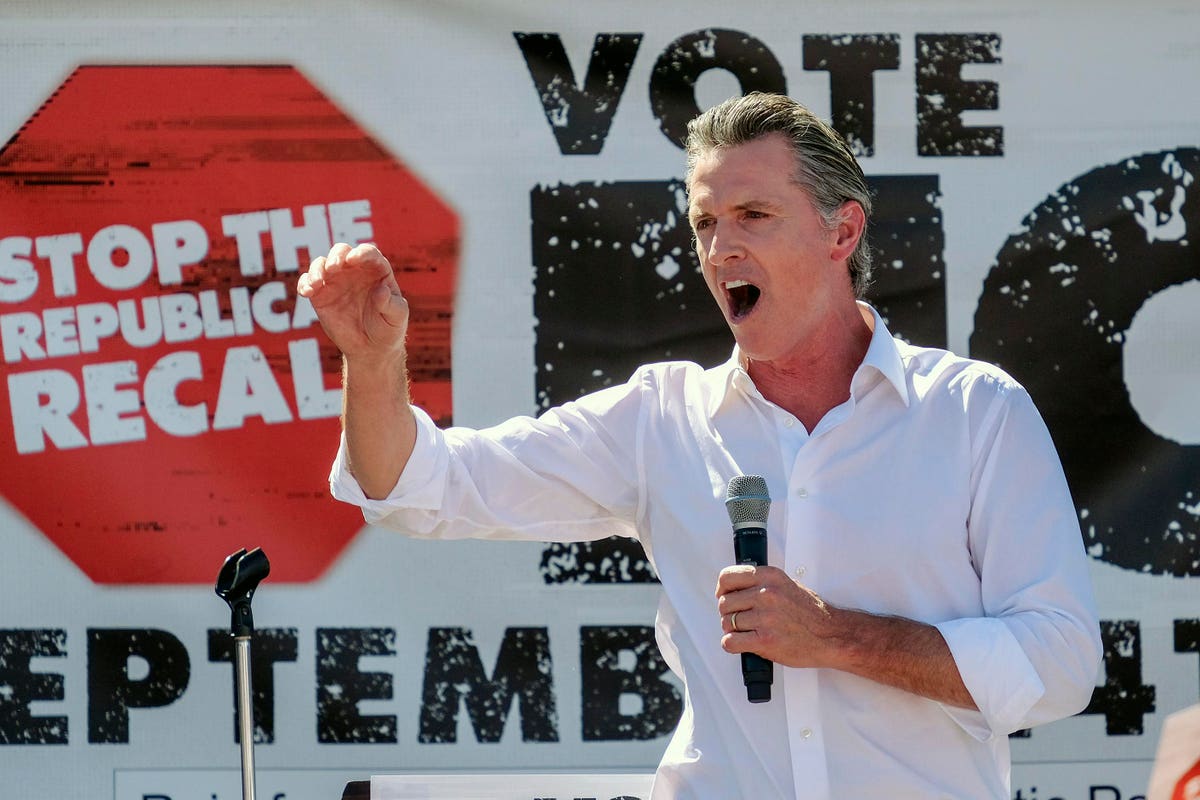 California Gov. Gavin Newsom, who polls show is expected to survive today’s recall election by double-digits, will face a different kind of challenge tomorrow—trying to lead a state where a large percentage of his constituents do not want him as their leader.

In many respects, the challenges Newsom has responded to as governor mirror those business leaders are facing, such as convincing or requiring people to get vaccinated against the coronavirus, responding to the Covid variant and mask mandates.

And just as millions of employees have refused to get their shots or wear masks, millions of Californians have objected as well. But unlike their counterparts in the private sector who disagree with the actions and policies of a CEO, many voters are actually trying to “fire” their leader.

To some observers, Newsom’s dinner at the French Laundry restaurant last November— sans masks and social distancing—helped precipitate the calls for his ouster. The Los Angeles Times reported that Newsom apologized for visiting a Napa Valley restaurant with people from other households, “saying his behavior contradicted the spirit of the safety guidelines and precautions he has asked Californians to adhere to during the Covid19 pandemic.”

“’I want to apologize to you because I need to preach and practice, not just preach and not practice, and I’ve done my best to do that,’” Newsom said. “’We’re all human. We all fall short sometimes.’ Newsom acknowledged that the faux pas may result in a loss of his moral authority on the coronavirus as California experiences a major surge in cases.”

Why He Should Apologize Again

Ann Skeet is the senior director leadership ethics at the Markkula Center for Applied Ethics at Santa Clara University in Santa Clara, California. She said, “Governor Newsom needs to acknowledge how we got to a recall in the first place and apologize [again] for it. His dinner at the French Laundry in the midst of a pandemic broke the trust people had placed in him.

“Perhaps he will feel that he’s already acknowledged and apologized for it. But if he could share what he has learned and renew a commitment to the people of California, I think it would be a powerful, necessary show of leadership humility,” she said.

Emerging As A Stronger Leader

Richard Stafford, a professor at Carnegie Mellon University’s Heinz College, predicted that, “Newsom will survive the election. His win will strengthen his ability to address forthcoming challenges as governor. Manage to emerge from a crisis to your leadership and you will emerge stronger than before. [This is a] good lesson for any politician or business leader.”

The challenges Newsom faces, and how he responds to them in the days ahead should he win tonight, will provide corporate executives with valuable lessons about leading and managing a crisis.

Will he have the credibility that people – whether they are CEOs or politicians – is necessary to convince others to follow them?

Jacob Villa, the co-founder and marketing director of School Authority, said, “The best chance for Newsom to regain credibility in the eyes of his constituents is to focus on resolving the issues hurled against him instead of on the political motivations of his opponents. This means fighting the urge to sling mud on his mudslingers, as much as is humanly possible.”

Will he reach out to his critics and try to find things that they can agree on?

Will he have to change his agenda or priorities in order to do his job effectively and efficiently?

Will he be able to retain or recruit the people he needs to achieve his goals and objectives and continue to address the Covid crisis?

Can he withstand the increased criticism that is likely to come from opponents about his job performance, and baseless allegations that the election was rigged—even before the ballots were counted?

Villa of School Authority noted that, “This is the seventh recall attempt they have spearheaded against Newsom, so who’s to say they wouldn’t attempt an eighth, ninth, or tenth? Even if these (almost certain) future attempts were to fail, they would cause a lot of disruption and draw much of Newsom’s attention, which he should be putting on more pressing issues. This doesn’t bode well for Newsom since he still has a public image to save after several issues in the past few months”

Santa Clara University’s Skeet said the California recall election, “demonstrates how lost trust in leadership distracts from reaching long-term goals. If California wants to continue to see itself and be a leader in critical areas, such as climate change, it needs to focus.

“Both the leader and the followers need to exercise some discipline and keep the really pressing issues of the day here in California at the forefront: public education that works for all, bridging the digital divide, shoring up ancient infrastructure, and thinking about how we share the earth more thoughtfull,” she said.