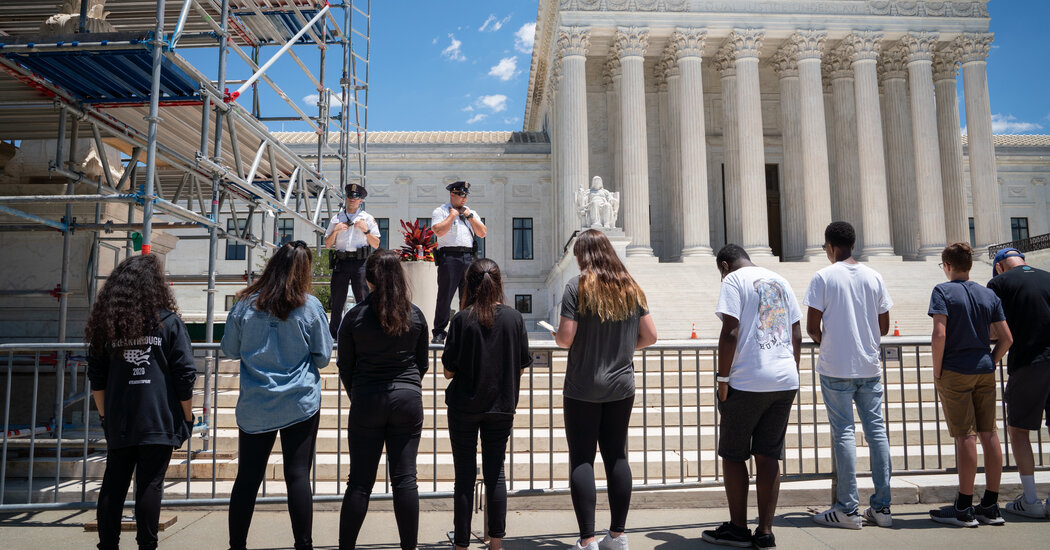 WASHINGTON — Calling Roe v. Wade “egregiously wrong,” Mississippi’s attorney general urged the Supreme Court on Thursday to do away with the constitutional right to abortion and to sustain a state law that bans most abortions after 15 weeks of pregnancy.

The court will hear arguments in the case in the fall, giving its newly expanded conservative majority a chance to confront what may be the most divisive issue in American law: whether the Constitution protects the right to end pregnancies.

Lower courts blocked the Mississippi statute, calling it a cynical and calculated assault on abortion rights squarely at odds with Supreme Court precedents. The justices agreed to hear the case in May, just months after Justice Amy Coney Barrett, who has said she personally opposes abortion, joined the court. She replaced Justice Ruth Bader Ginsburg, a proponent of abortion rights, who died in September.

The new filing, from Attorney General Lynn Fitch, was a sustained and detailed attack on Roe and the rulings that followed it, notably Planned Parenthood v. Casey, the 1992 decision that said states may not impose an “undue burden” on the right to abortion before fetal viability — the point at which fetuses can sustain life outside the womb, or about 23 or 24 weeks.

She told the justices that the scope of abortion rights should be determined through the political process. “The national fever on abortion can break only when this court returns abortion policy to the states — where agreement is more common, compromise is often possible and disagreement can be resolved at the ballot box.”

The law at issue in the case, Dobbs v. Jackson Women’s Health Organization, No. 19-1392, was enacted in 2018 by the Republican-dominated Mississippi Legislature. It banned abortions if “the probable gestational age of the unborn human” was determined to be more than 15 weeks. The statute included narrow exceptions for medical emergencies or “a severe fetal abnormality.”

The law was challenged by Mississippi’s sole abortion clinic, which is represented by the Center for Reproductive Rights, an advocacy group. The center’s president, Nancy Northup, said she was dismayed by the state’s new filing.

“Mississippi has stunningly asked the Supreme Court to overturn Roe and every other abortion rights decision in the last five decades,” Ms. Northup said in a statement. “Today’s brief reveals the extreme and regressive strategy, not just of this law, but of the avalanche of abortion bans and restrictions that are being passed across the country.”

The precise question the justices agreed to decide was “whether all pre-viability prohibitions on elective abortions are unconstitutional.” Depending on how the court answers that question, it could reaffirm, revise or do away with the longstanding constitutional framework for abortion rights.

Ms. Fitch urged the justices to take the third approach, saying it would bolster the legitimacy of the court.

“Roe and Casey are unprincipled decisions that have damaged the democratic process, poisoned our national discourse, plagued the law — and, in doing so, harmed this court,” she wrote.