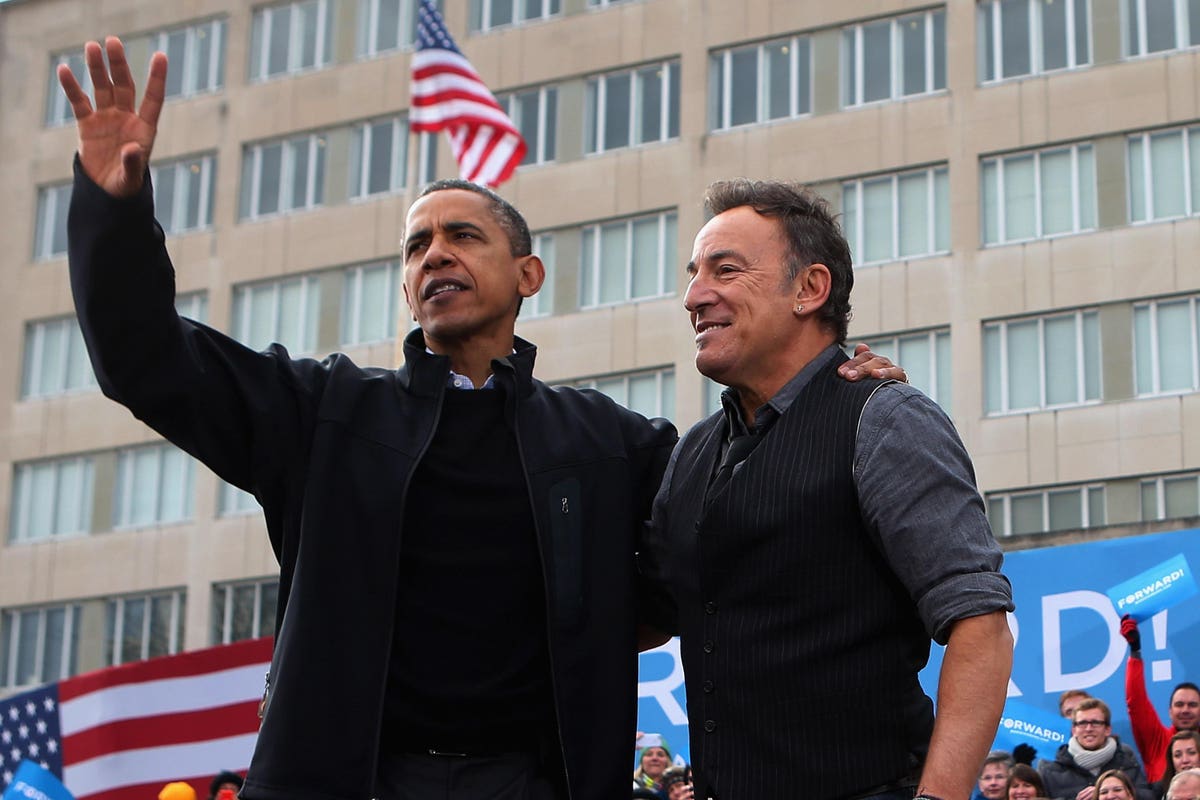 Former President Barack Obama and musician Bruce Springsteen are bringing their podcast, Renegades: Born In The USA, to the book world.

In a statement Penguin Random House announced on Thursday that they would be publishing a book of the same name through their imprint Crown – reflecting the duos 8-episode podcast – with frank and open conversations around important topics gripping the world today and more broadly across different aspects of life itself.

In an extract from the announcement, Penguin Random House stated: “In Renegades: Born in the USA, readers are invited to sit alongside these two longtime friends, in a recording studio stocked with dozens of guitars and during at least one Corvette ride, as they discuss marriage and fatherhood, race and masculinity, the lure of the open road and the call back to home, some of the most inspiring American heroes of all time, and music…. They talk a lot about music.”

The book, set to be 320 pages long, will also include exclusive photographs, lyrics handwritten by Springsteen, and speeches of Obama’s enriched with descriptive annotations.

The unlikely union between the rockstar and the former President, according to Obama, should not be as unusual as it may be perceived through optics. The pair met in 2008 whilst Obama was campaigning for his presidential run and became close friends over the years. Springsteen even performed in the White House in January 2017 when Obama was preparing to leave office and received the Medal of Freedom in 2016.

“On the surface, Bruce and I don’t have a lot in common,” the former President said. “He’s a white guy from a small town in Jersey; I’m a Black guy of mixed race, born in Hawaii, with a childhood that took me around the world. He’s a rock ‘n’ roll icon. I’m a lawyer and politician — not as cool.”

Obama continued, “Over the years, what we’ve found is that we’ve got a shared sensibility. About work, about family, and about America. In our own ways, Bruce and I have been on parallel journeys trying to understand this country that’s given us both so much.”

“Trying to chronicle the stories of its people. Looking for a way to connect our own individual searches for meaning and truth and community with the larger story of America.”

Barack and Michelle’s media empire continues to grow and develop with the publishing of the book. The couple’s production entity – Higher Ground – has exclusive partnerships with Netflix and Spotify for podcasts and broke records by selling their memoirs in 2017 to Crown for $65 million. Of which Barack Obama sold works written before he was President.

In publishing their memoirs both Springsteen and Obama appear to have a robust literary audience already with Obama’s most recent 2020 book, A Promised Land, selling 8.2 million copies globally so far and Springsteen’s 2016 publication generating just under 500,000 hardcover sales in its first few months.

An excerpt from the book’s introduction from Springsteen reads: “This is a time for serious consideration of who we want to be and what kind of country we will leave our children.”

The literary work is scheduled to be released on October 26th.